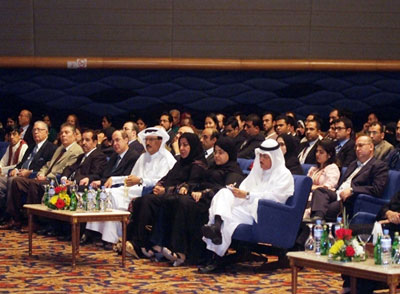 The second conference of DASG in Doha, March this year. It was a resounding success; it was attended by 370 delegates from all over the world, and attracted young scientists as well as international figures.

The conference also hosted the second general assembly of DASG. The most important event at this assembly was the election of members of the executive board.

At its first meeting after the conclusion of assembly, the executive board elected the following as members of the management committee. Dr. Abdulla Al Hamaq was elected as the President, Mahen Wijesuriya as Vice-President, Adel El Sayed as Treasurer, and Arun Baksi as the Secretary General.

The second conference of DASG in Doha, March this year. It was a resounding success;